I-4 Eyesore could be getting ready for potential tenants

In the News
Comments:0

ALTAMONTE SPRINGS, Fla. — For the past year, activity has picked up at Altamonte’s Majesty Building.

The developer said officials will soon start getting the inside of the office tower ready for potential tenants.

Commercial real estate experts said the building may end up being a hot property.

Some 200,000 motorists pass the Majesty Building each day, and for 17 years, many have asked when it will be finished.

The developer, Claud Bowers, told WESH 2 News he is close to finishing the outside, and in two weeks, will begin work on the inside.

Bowers is the CEO of WACX, the religious television station that has bankrolled the project through charitable donations with a commitment pay as they go. The elongated project has been the butt of many jokes, but Bowers said he’ll move his television station into the building by the middle of 2019 and he has been taking names of potential leasees.

“It could be a whole host of firms, law, CPA firms, and I would think if we had a corporate migration into the city, that’s probably the largest contiguous class A space left,” Beale said.

As the Majesty Building continues to take shape, many people are curious about what they’re seeing. According to Bowers, that blue wall on top of the parking garage is going to be a banquet facility and on the opposite side will be a sound stage.

Bowers believes the amenities the building will offer will make it a desirable office space. He stresses he is not ready to begin discussing leases, and has not yet determined leasing rates. 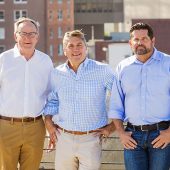 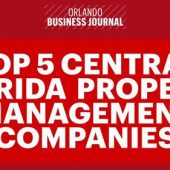